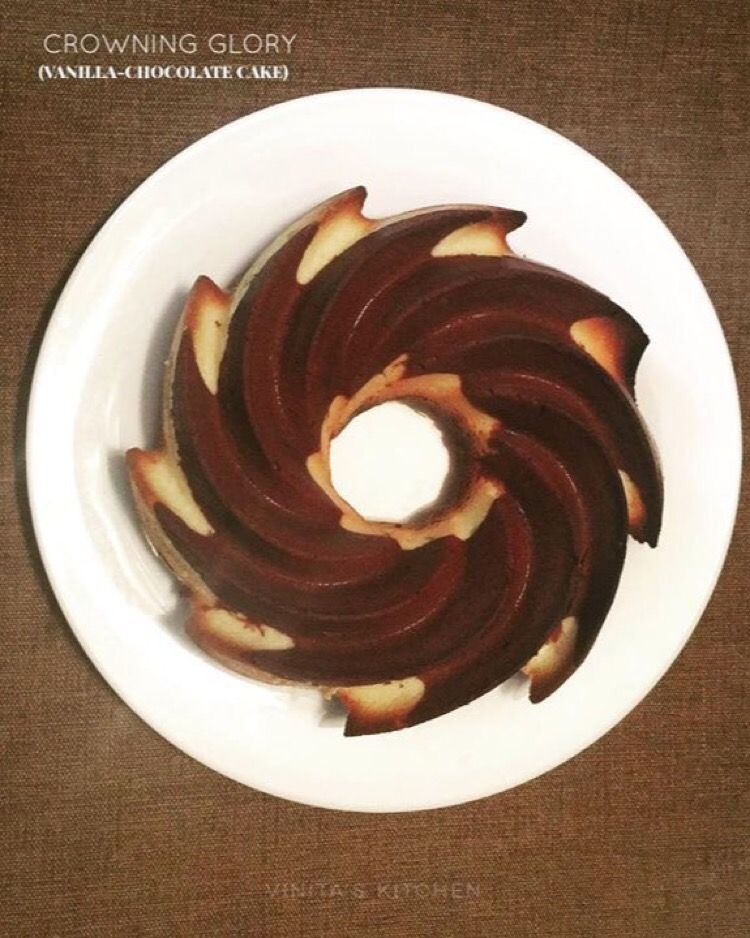 Baked this basic cake day before yesterday for my son’s tiffin. It is just cake and very much close to Britannia ones. My son just loved it.

Recipe is very simple. Only the special thing about this bake is mould, in which it has been baked. You can see the swirls of chocolate flavour as a crown for which I named this cake THE CROWNING GLORY 😍.

As you can see the bottom of brown is at same level. For this you have to pour the chocolate batter into the mould.. bang it on the platform for 6-7 times until levelled and freeze for about 10 minutes. A thin crust of frozen layer should form on the top. Take out the mould and then pour the vanilla batter on top. Don’t bang now .. just level with the spoon slightly and tap 2-3 times very slightly. Bake it. Also if the cake batter is thick, less chances are there for cake being marbled. I feel so.. although not tried with the thin batter yet.

Next thing is about de moulding the cake out of this mould. Yeah.. it is tough for many as I have found. First of all let the cake cool completely. Leave for 2-3 hours. Better you place the mould with baked cake in refrigerator after being cooled at room temperature. De mould after 2 hours. Undoubtedly the cake will come out so easily without mess. From many, I have heard that handling this cake mould is very tough while de moulding. They never come out clean or breaks apart. Take care of the 2 points mentioned above. Refrigerator tip is best. Most importantly… grease your mould very very well.

Now as we bakers now have learnt to bake fluffy cake without using any raising agents . It’s not such a wonder actually if eggs being used. Eggs give good raise if used in equal proportion to fat. Next one is beating butter with sugar. Give atleast 3 minutes beat with hand mixer at medium speed. Last 30 seconds you can increase the speet at highest.

Let’s come to the recipe:

Take all the ingredients at room temperature.

Take butter and sugar in a bowl. Use hand mixer to beat them together till pale yellow and fluffy. It will take 3 minutes at medium speed. Last 30 seconds increase the speed at highest.

Now add eggs one at a time and mix well but only till combined. Add one egg and mix. Then only add another. Add essence.

Now add flour in 3 portions. Mix well only till combined. 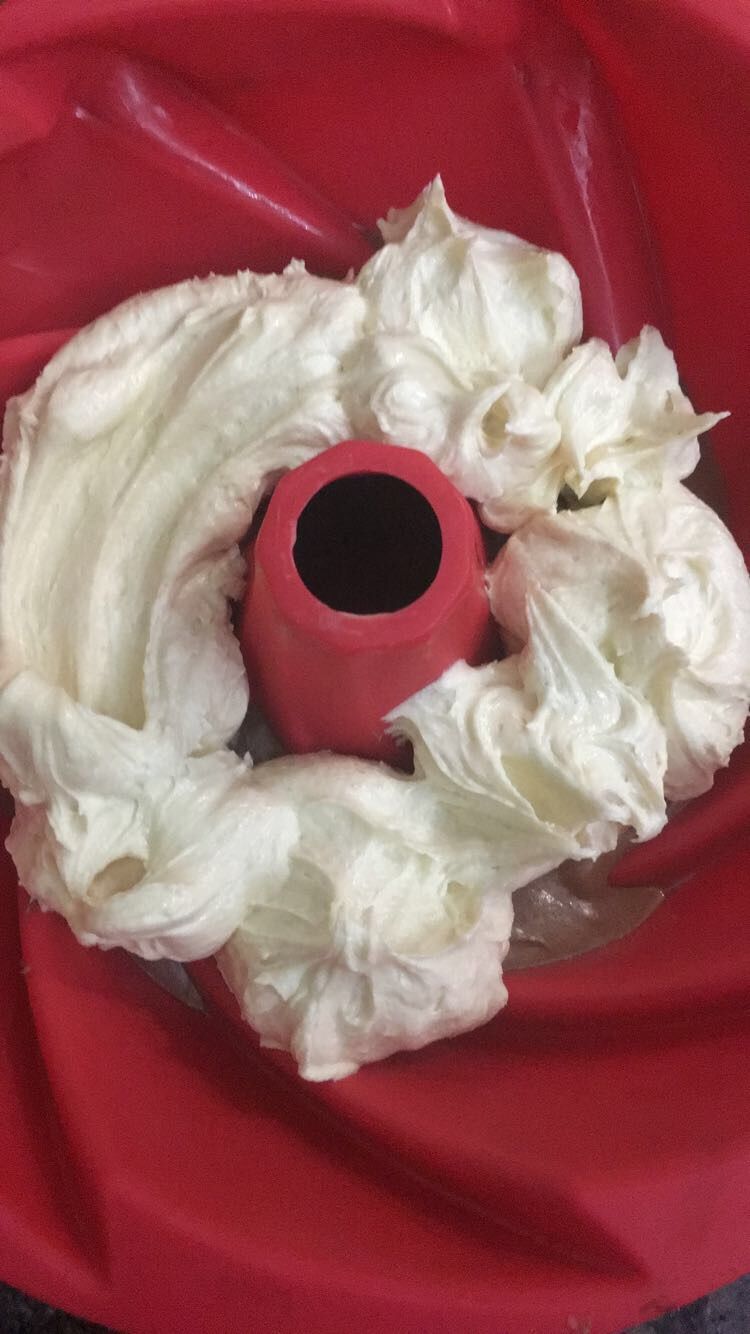 After 10 minutes, take the mould out of the freezer and add vanilla batter from minimum distance. Tap slightly 3-4 times. Level the top with spoon.

As the tester comes out clean, take the mould out and let it cool completely and de mould. Follow the instructions mentioned above for de moulding.