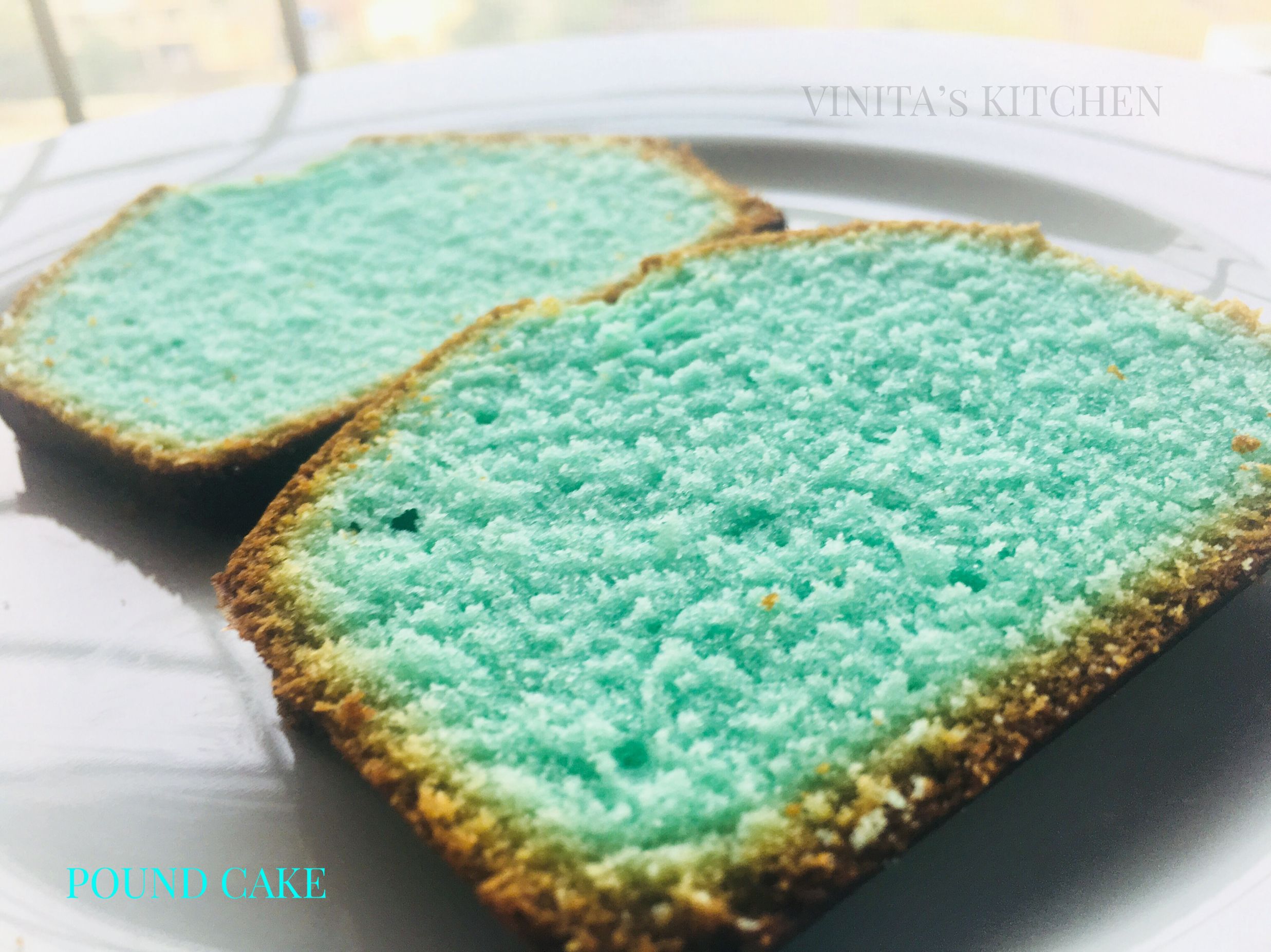 Many things we know as a baker but there’s the correct time to experiment it. As I read many times that Pound Cake is a sort of cake in which all the main ingredients are in same ratio. Hence yesterday night tried to do it☺️.

Don’t go on its colour to find the flavour. It’s simple vanilla pound cake with egg. I love this teal one😍.

In this recipe, I have used 180 gms each of APF, eggs, salted butter and sugar. Of course, I measured them all. But for eggs I used 4 big sized ones. One egg was measuring 43 to 45 gms. Will give the measurements in cups too as many of us find it tedious to measure on scale😜. I know.. I know. But I would suggest that if you have scale, use it👍🏻.

Take sugar and butter in a large mixing bowl. Mix them at high for 3 minutes. This thing is very very important as it will give thin and crispy crust externally and soft feathery cake in all inside… speciality of pound cake.

Transfer the batter into the mould and bake for 45 minutes at 180° c until the tester comes out clean from the middle. Fine brown crust should be formed all around the cake. Baking time varies according to your mould you use and power of your oven you have.