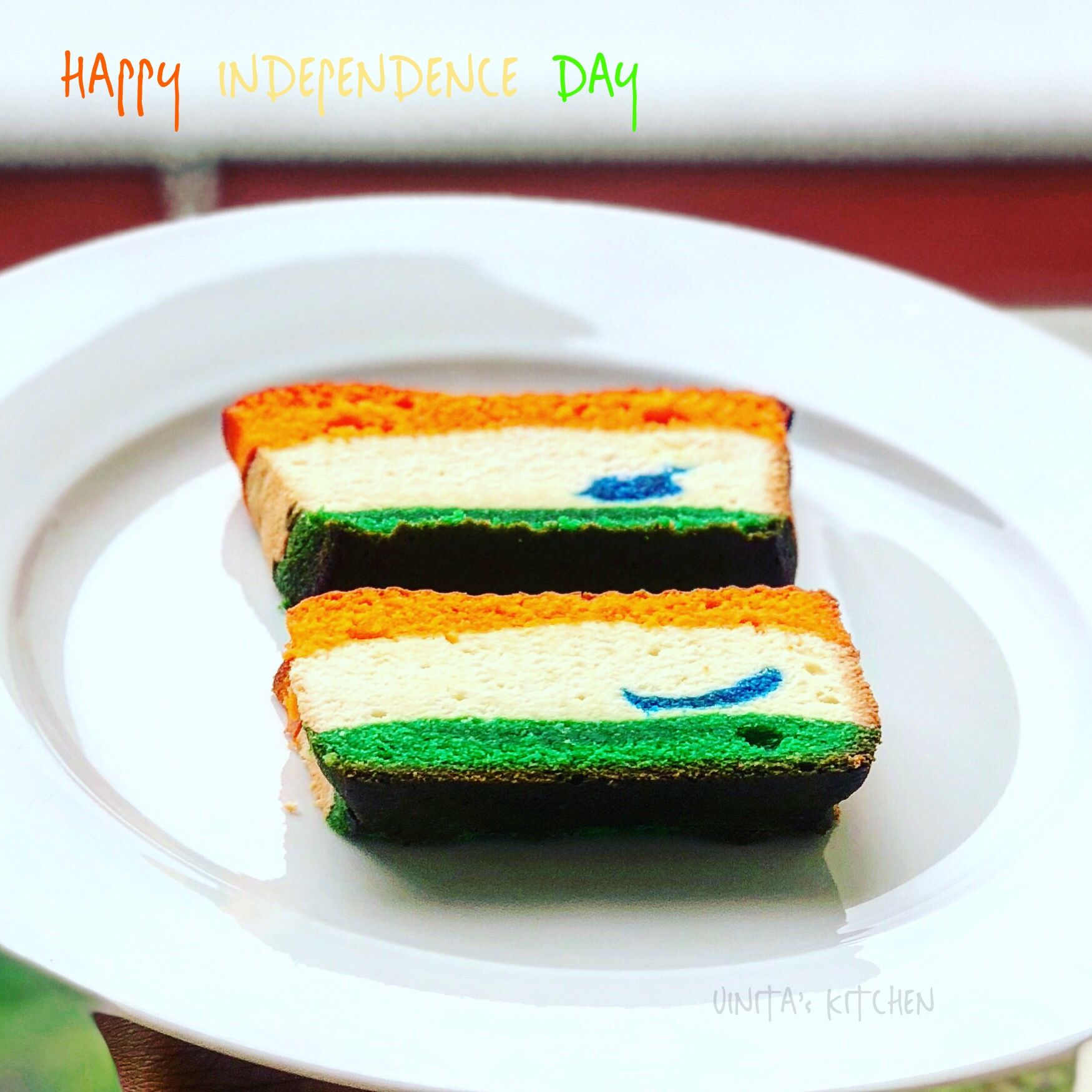 Yesterday night was going to bake a simple cream cheese pound cake for my son.. and so as the batter got ready, thought to give it Independence theme😁. All the layers are fine but Ashok Chakra got displaced. I knew how to do it but as I had to prepare dinner too, so was in rush. So just it’s a blue feel wala Ashok Chakra😁.

In this recipe, I have used 180 gms each of APF, eggs, cream cheese, salted butter and sugar. Of course, I measured them all. But for eggs I used 4 big sized ones. One egg was measuring 43 to 45 gms. Will give the measurements in cups too as many of us find it tedious to measure on scale😜. I know.. I know. But I would suggest that if you have scale, use it👍🏻.

Take cream cheese, sugar and butter in a large mixing bowl. Mix them at high for 3 minutes. This thing is very very important as it will give thin and crispy crust externally and soft feathery cake in all inside… speciality of pound cake.

Now divide the batter in 3 equal portions, keeping 2 tbsp aside.

Add the gel paste and add blue one into 2 tbsp of batter.

Transfer the green batter into the mould and bake for 10 minutes at 180° c.

Now after a thin skin is formed on the top, add half of the white batter. Add blue in the middle and cover top with white batter remaining. Bake for 10 minutes again. Now add green one and add till done.

Fine brown crust should be formed all around the cake. Baking time varies according to your mould you use and power of your oven you have.